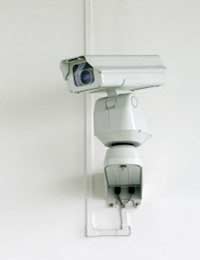 With an estimated 4.2 million CCTV cameras now keeping watch, Britain has become one of the most heavily monitored societies on earth. But are we any safer under its impassive gaze?

In the interests of fighting crime and terrorism, Britain is home to one of the most extensive and technologically sophisticated surveillance systems on the planet.

However, the growth of a ‘surveillance society’ is in serious danger of undermining personal freedom and a right to privacy, core values of any democracy. CCTV might have been set up to monitor shoplifters, fraudsters, vandals and thugs but their electronic eye also follows normal people going about their innocent everyday lives. It has been calculated that the average person is captured on camera 300 times a day.

Recently the blanket introduction of CCTV in pubs sparked a lot of controversy due to privacy concerns. However, although some strongly object to the idea of being spied on whilst relaxing with friends, others said they felt safer in the camera’s presence.

It is this attitude that the cameras are there for our own protection and security that explains why the intensive CCTV coverage has by and large been accepted by the public. An infringement on civil liberties can be justified if it means a significant reduction in crime and safer streets, surely?

However, the presence of over 4 million CCTV cameras on British streets has failed to have the impact on crime the public had hoped. A meagre 3% of street robberies in London were reported to have been solved using camera images.

What’s more for such a meagre crime cut, the public are not only paying with an encroachment on their rights but also their tax monies; an estimated £500 million of public funds has been spent on installing CCTV over the last decade.

Why is CCTV Not Working?

It is believed that CCTV has so far failed to warrant such expenditure because too much faith has been put in its role as a deterrent rather as a means of solving crime. It seems that people are not afraid of CCTV. Given that there is little evidence to show the cameras are working and being used to convict criminals, this is perhaps not so surprising.

Although CCTV footage has been used successfully in some high profile cases – such as the apprehension of the Soho nail bomber David Copeland, and in debunking police claims that Jean Charles de Menezes had acted suspiciously before his fatal and unjust shooting – for regular police work CCTV is often disregarded because of the time and effort required in locating the appropriate images.

Efforts are now being made to try to improve conviction rates using CCTV evidence. Initiatives include putting pictures of case suspects on the Internet, and building a national CCTV database that incorporates images of convicted offenders and unidentified suspects. In 2006, the very first dedicated police unit was set up to collect and sort through CCTV evidence. The hope is that if a criminal sees that CCTV actually works then they are less likely to commit a crime.

CCTV clearly has a valuable role to play in helping to reduce crime but that won’t allay fears that camera footage is being used for other purposes besides crime prevention. Sufficient protection would need to be put in place, with the images stored securely and access restricted to authorised individuals.

Britain is known for its loose laws on privacy and data protection, with recent figures by the human rights group Privacy International even suggesting it is the worst western democracy for safeguarding individual privacy.