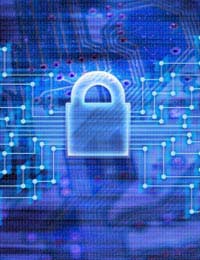 Surveillance and personal data collection has the potential to be of great benefit to society but only if maintained with due care, otherwise it risks jeopardising the public safety it’s meant to protect.

In an age of identity thieves, computer hackers and terrorists, threats to public security and safety have become increasingly sophisticated and difficult to prevent. Combating the problem requires similarly advanced techniques, and surveillance in its many guises – from CCTV, bugging to DNA records and ID cards – is one such tool.

In addition to developing security, the collection, storage and processing of personal data also has enormous benefits to society in improving services like healthcare and making our daily lives more convenient, such as in paying bills.

However, if surveillance and personal data collection is to achieve its true value then it needs to be tightly regulated to avoid abuse and mismanagement by government, companies and individuals.

The mismanagement of CCTV, ID cards, mobile phone data, health and social security databases, shop loyalty cards and other data retention technologies has an enormous potential in causing public or personal catastrophe - from criminals and terrorists hacking into or sabotaging the health care database, down to personal data being stolen or accidentally destroyed.

The loss or theft of an individual’s personal data may result in credit or services being refused, they may become the subject of suspicion, or be chased for debts they did not incur.

There has been several recent high profile cases where personal data has been misused.

In one case a credit card leak enabled newspapers to publish potentially ruinous details about a politician’s excessive alcohol buying habits. In another instance the homes of personnel staff at Cambridge University were attacked by animal rights activists when their address details were leaked.

These serve as disturbing warnings that if more is not done to counter such data vulnerabilities then as technology develops and surveillance and data collection systems increase, then this will only lead to an increase in security breaches in the future.

Leaks in the NHS health database, for instance, could potentially jeopardise patients whose medical records might expose them to threats from fanatical groups or blackmailers, such as if they are HIV positive or had a pregnancy terminated.

Data of this sort is not only vulnerable to outside hackers, but also to employees with authorised access to it, and who could be bribed into passing on information. Archive information could also be passed onto different organisations for different purposes without the subject’s knowledge.

Security breaches such as those outlined above also serve to highlight another concern about the unchecked growth or society surveillance – the infringement on civil liberties such as the right to privacy.

Any techniques introduced must be monitored and managed so that the effects on personal privacy are taken into account and carefully managed.

CCTV is one area where we are aware we are being monitored and our privacy infringed upon. However, the majority of us are willing to accept this if it means our safety and security is improved. The resolution of a number of high profile police investigations with the aid of CCTV evidence has justified this belief.

However, in reality CCTV has so far proven to be a failure. Crime figures have barely been affected by their omnipresence. Despite the intensive CCTV coverage in London, only a measly 3% of street robberies were reported to have been solved using images from the cameras.

This hardly seems worth the estimated £500 million of public funds that has been spent on installing the cameras over the last decade.

The Valuable Role of CCTVCCTV clearly has a valuable role to play but its potential has not been tapped. Too much has been invested in the erroneous belief that cameras’ presence deters crime rather than their ability to solve it. Efforts are now being made redress this by introducing dedicated police CCTV units, whose job it is to collate and sort important footage, and in the creation of special image database.

Like with data collection, it is also important is that the power CCTV holds over society is kept secure and carefully regulated.

There are worries that the ‘Big Brother tactics’ like CCTV could in future put lives at risk if not carefully supervised. A report by the Royal Academy of Engineering (RAE) warned that such a security system was ‘vulnerable to abuse, including bribery of staff and computer hackers gaining access to it’.