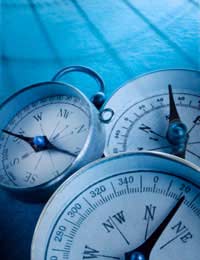 A variety of ingenious tracking systems are now available to help you keep tabs on both your valuable assets and various family members.

GPS (Global Positioning Systems) technology has proven revelatory as a navigation tool, helping to pinpoint exactly where we are, where we want to go and how we can get there, but its potential as a useful means of monitoring other people is now also being tapped.

What are the benefits of using GPS to monitor the location of others? It can be used to monitor children, untrustworthy spouses, employees, and even valuable possessions, such as a motor vehicle.

High sensitivity tracking systems are available that are designed to monitor the location of particular vehicles regardless of where they are around the world.

This technology is especially useful for businesses that rely on shipping or employ remote staff. The system, for instance, could be used for surveillance of valuable cargo or employees on the road. Its benefits for companies can be considerable - it can help stamp out timesheet and private mileage abuse, cut fuel and phone bills, improve customer service, and increase overall productivity.

Vehicle tracking hardware typically compact, self-contained and easy to conceal devices, designed to be hidden in places such as the underside of a vehicle. Sophisticated models are able to report their real time position with an accuracy of up to two metres. This means you can watch the tracker slowly move around the country using online platforms such as Google Maps or Google Earth.

More basic models require the user to make a call to the SIM card included in the tracking hardware and in return the exact location on a map is sent to their mobile phone.

Vehicle Tracking Systems for Personal Use

Vehicle tracking systems are not exclusive to employers - individuals may want to covertly monitor the whereabouts of their car, for example if it’s being driven by irresponsible children, an untrustworthy spouse or even a thief that has just stolen it.

However, tracking hardware requires considerable financial investment – in addition to the ongoing tracking time costs, which are typically paid on a pay-as-you-go basis using mobile phone SIM technology – and so would be beyond the means of most private users. For monitoring other people they are advised to look into mobile phone tracking.

If you want to track people rather than vehicles then you can bypass the tracking hardware altogether by using a mobile phone to monitor them.

Facilities for monitoring the location of a specific handheld phone have been available since 2003 when an internet service was launched that enabled users to pinpoint a particular mobile on a map.

This led to concerns that such technology would encourage people to spy on one another. However, the system resists such abuse of privacy by requesting that the subject first grants permission to be monitored in order for the tracking to work. Nonetheless, the effectiveness of this security system has been open to question.

Aside from tracking others – for instance, if they are lost or you’re concerned about them - the facility can be used to track a lost or stolen mobile, or, most significantly, as a way parents can keep tabs on their children. One service called Child Locate was specifically established with this function in mind.

Other services now available include mapAmobile, which is able to track a mobile down using the web, text or by dialling a phone number, and MiniGPS, which sends out a text when the subject phone is in a designated area.