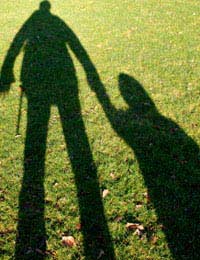 When a child is believed to have been kidnapped or abducted away from the care of its parent or legal guardian, one option at the police's disposal is a Child Rescue Alert. The Child Rescue Alert was launched in 2006 by the UK Police National Missing Person's Bureau. It is comprised of a system of immediate news flashes on the television and radio which notify the general public that a child has been abducted and is believed to be in physical danger. The Alert itself is a powerful tool and is not used often. Indeed, it is saved for circumstances in which the location as well as the physical safety of the child is unknown.

When a Child Rescue Alert is issued, a news flash will be carried by any radio or television station with which the individual police force has an agreement. These alerts are transmitted every fifteen minutes for a four hour period and there main purpose is to grab the public's attention and spur someone who might recognise something about the case to contact the police. In general, a news flash will contain information such as a description or photograph of the child in question, the location and nature of the believed abduction, a description, photograph or CCTV footage of the believed abductor, and/or a description of any vehicle that was believed to have been used in the abduction.

The Child Rescue Alert is an innovative method for disseminating information to a great number of people when a child's health and safety are suspected to be in danger. If an alert is broadcast in your area, please pay attention to it and encourage others to do so as well. You never know, you may know something that could be of use to bringing a child home safely.

When is a Missing Person Presumed Dead?