When is a Missing Person Presumed Dead? 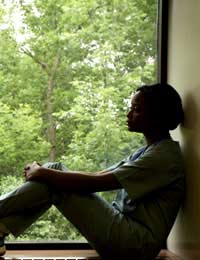 Natural and manmade disasters of unprecedented scale have called international attention to the complexities of the legal presumption of death when no bodies can be found. Normally in the UK a missing person may be declared legally dead no less than seven years after disappearing without explanation, unless other convincing evidence of the person’s death can be shown. Elsewhere, the wait is even longer.

Until it can be established to the court’s satisfaction that a person has died, the financial assets of the individual are frozen. No one can claim an inheritance or dispose of the missing person’s property in the meantime. A death certificate is typically presented to the court as evidence of a person’s death, but without a body no death certificate exists.

In England and Wales, the Family Division of the High Court holds proceedings for the presumption of death in the absence of a death certificate or other acceptable affidavit. The court may be persuaded that a missing person’s death occurred, if it can be shown the person was “exposed to a specific peril of death” and the person’s absence remains otherwise unexplained. The court will also accept as evidence the military’s finding that one of its members has gone missing in action.

It would seem as though family members might prefer to delay petitioning for a death decree when a loved one is missing. However, it can cause survivors severe hardship to wait seven years before obtaining insurance payments or other benefits. Financial troubles only compound the grief caused by a person’s mysterious disappearance.

When a petition for a declaration of presumption of death is filed, the court can respond by first ordering a search for the absent person or for reasonable evidence the individual is still alive. The search is conducted at the expense of the missing person’s estate. The burden of proving the likelihood of an individual’s death lies with the petitioner—that is, the person asserting someone’s unexplained absence warrants an official presumption the person has died.

The court will expect to hear that all attempts to locate the missing party have been exhausted. Testimony can be given by the absent person’s family, friends, and colleagues. If there is sufficient evidence to demonstrate a person has died, the court will issue a presumption of death order. In exceptional cases, the court’s decision can take place before seven years have passed since the individual was last seen alive.

A marriage or civil partnership can be legally dissolved pursuant to a court’s presumption of death decree; however, the dissolution does not occur automatically. The marriage or partnership continues in the absence of the spouse or partner who is missing, until one of the parties to the union obtains a divorce, with or without the other party’s knowledge.

There are, of course, provisions for revoking a decree of presumption of death in the event a missing person is located alive or is somehow proved to be living. Oddly enough, it’s entirely possible any innocent beneficiaries who received payments would not be forced to return money to an insurer or to the missing party. There have been cases, however, in which the missing person was held financially liable as the result of engaging in fraud. And if an absentee suddenly returned home to a spouse who did not seek a divorce during the unexplained absence, their marriage would remain valid. This could lead to interesting legal—not to mention emotional—consequences if the mysterious new life of the one who disappeared happened to include another marriage.