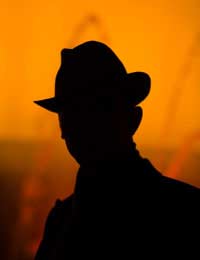 There is a standard technique used by all manner of investigators to discover the truth about people and their closest relationships. It involves conducting research—and in some cases surveillance—at the places where people are compelled to appear.

If you’ve never given much thought to the matter, identifying these significant places isn’t easy. Furthermore, for surveillance to be on target, location and timing must coincide perfectly. Not only must you guess where the person can be found, but exactly when. To predict these variables accurately, first consider why.

Familiarity with your subject certainly helps. You probably already know at least a few of the person’s associates, family members, habits, religious practices, professional endeavours, or special interests. As you begin to make enquiries and compile information, predictable patterns of behaviour will become apparent.

Gather as many known home addresses as possible for your subject. The proximity of the subject’s current and former residences and the addresses of friends, associates, family members, employers, schools, and places the subject is known to frequent will tell a story. Maybe the subject was raised in a wealthy community and now resides in a dilapidated neighbourhood. Or is the reverse true? Is the subject’s family geographically near? Is the person’s commute to work lengthy? Does the individual enjoy recreational activities, including illicit ones, in a certain locale?

What are the subject’s pastimes, religious beliefs, and interests? Does the person frequent a gym, coffee shop, public park, nightclub, playing court, or grocery? Attend religious services? Belong to an association or committee? Take lessons or attend classes? Occasionally land in jail?

People without financial resources typically return to a shelter or the home of a relative or close friend, but at unpredictable intervals. Homeless shelters have differing policies on divulging the identities of residents, but most will post a message if asked to do so. If the individual is dependent on public assistance, the arrival of a monthly cheque by post increases the likelihood of an appearance at a mailing address or post office, often right on schedule.

Ex-lovers often remain on the map, particularly if there are children as the result of the relationship.

Children, of course, can heavily influence a person’s schedule. Even a non-custodial parent may transport a child to school or day care on a regular basis.

Serious illness or injury can entail frequent visits to doctors, clinics, or pharmacies. Although laws protect the confidentiality of medical records, health care professionals are sometimes willing to divulge when they last saw a person and where the person was thought to work or live at the time. Some have been known to pass along their suspicions regarding a cheating spouse, based on their observations.

Significant holidays can draw people back into the family circle. Many can be expected to visit parents on a significant religious holiday, such as Christmas or Hanukkah. Other holidays for which families traditionally gather at the home of parents or grandparents include Mother’s Day and Father's Day.

Funerals often require the attendance of relatives and friends who have been estranged for years.

The more you learn about the person you are investigating, the easier it becomes to predict the actions of even the most elusive. Your investigation then becomes a matter of asking questions of the right people or waiting for the subject to appear in the flesh.

The Aftermath of a Stressful Confrontation