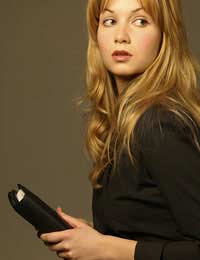 “It’s just a superficial thing but he’s misplaced his wedding ring.” This line from a song written by Carly Simon and Jacob Brackman hints that the worst part of relationship trouble is realising so many others recognised the danger signs before you did.

How do you know if you’re the last to know? Paranoia and possessiveness can quickly destroy a romance. On the other hand, the prevalence of infidelity is enough to cause anyone to lose confidence. Whether you’re married or not, there is an implicit contract between you and your life partner. After all, it took a leap of faith to become romantically involved. Once the emotional investment was made, it became necessary for you to trust the other person to protect it. Discovering a betrayal by someone very close to you is painful. The more you have to lose from a revelation of infidelity, the more likely it is you will avoid the sad truth by looking the other way and making excuses for real problems.

It’s interesting to note that individuals whose parents were divorced tend to have less faith in the durability of intimate relationships. Adult children of divorce are more likely than other adults to experience fears that their romantic partnerships are in imminent danger of ending. The only person who can effectively differentiate between suspiciousness based in fact and a disorder like paranoia is a mental health practitioner. Unfortunately, psychotherapists and counsellors sometimes hear only one side of the story, which can completely distort reality.

Maybe you’re not yet willing to discuss your concerns with anyone, even a professional counsellor or a private investigator. If you feel you need more information before deciding what to do, here are some approaches to consider:

If you tend to lack self-confidence, you’re probably more prone to worry that your loved one will hurt, embarrass, or abandon you. Your insecurity can exacerbate your suspiciousness. Discussing your fears with a neutral party—someone you can trust—might help you devise a healthy coping strategy for the survival of the relationship or the end of it.

The Aftermath of a Stressful Confrontation